Bristol Port’s key role in the logistics supply chain for the multi-billion pound construction of Hinkley Point C was showcased last month as it took delivery of the largest crane in the world. 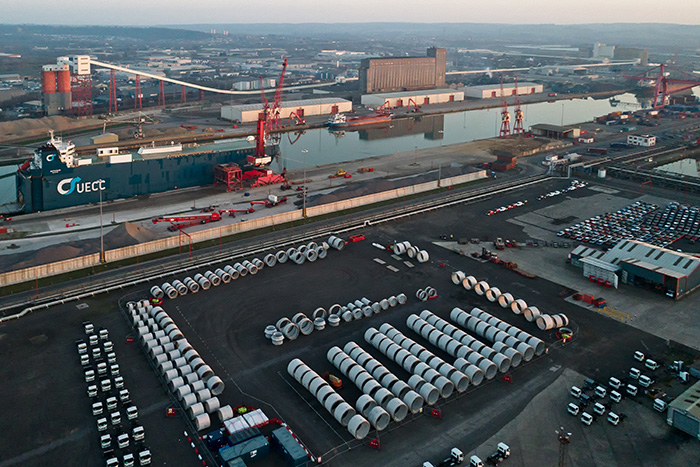 The machine is destined to undertake all the heaviest lifts required at Hinkley, making it one of the most critical pieces of infrastructure in the creation of Britain’s first nuclear power plant in more than 20 years.

Built last year in Belgium by Sarens, the SGC-250 crane was divided into modules and shipped to Avonmouth Dock from Ghent. It will be stored at the Port until it makes the short onward journey to the construction site in Somerset.

Once reassembled, the crane, which Sarens say is the “mightiest in the world in both size and capacity”, can handle at a 50m radius an astonishing 5,000 tonne load – the equivalent of 32 single-storey houses or 1,600 cars.

Miles Adams, Commercial Manager of Bristol Port, said: “The safe delivery, storage and onward travel of this critical infrastructure highlights the important role of Bristol Port plays as a muster point for Hinkley. We are proud to be a key hub in the logistical supply chain for one of the largest building projects in Europe over the next 10 years, and sea transport is a very efficient and clean way to move very heavy items, in this instance from Belgium into Bristol.”

The crane was unveiled by Sarens last year and its first use will be at Hinkley, where it is expected to be onsite for four years. The SGC-250 has a maximum load movement of 250,000 tonnes. Its main boom can be extended from 118 to 160 metres and the jib can be extended up to 100 metres, providing height of up to 250 metres or a radius of 275 metres. Critically, it has a unique ability to relocate from one lifting position to another – an engineering first.

When it was launched last year, Sarens said the SGC-250 was inspired by the "increasing trend" towards modularisation, with clients prefering to pre-assemble large portions, or modules, in a controlled environment and then transport and lift them into their final position.

Bristol Port has itself invested in new cranes to meet the ongoing demands of the Hinkley project, including its partnership with Hanson, which is expected to see more than a million tonnes of aggregate brought through the port destined for the new power plant.  The Port has also earmarked land for the storage of Abnormal Indivisible Loads (AIL) equipment, that is too big to move on the motorway network and therefore will be taken down to Hinkley by barge. 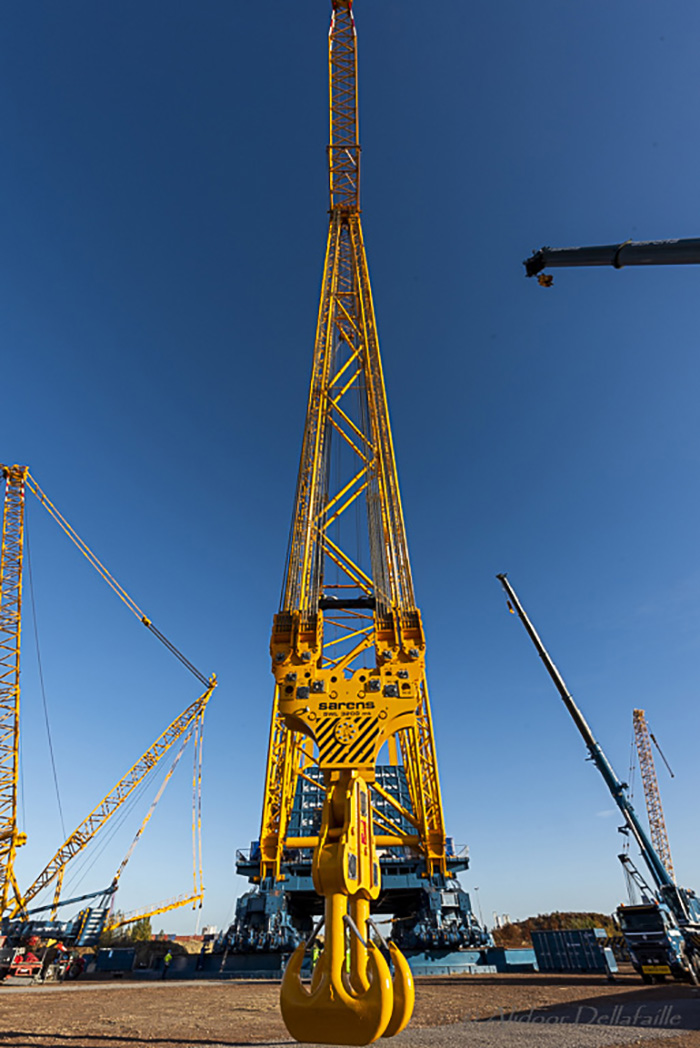