SANY Europe GmbH are pleased to be able to announce that the SANY SCDE90K7, believed to be the world’s first full-size fully electric empty container handler, soon to be available, has been nominated for two prestigious industry awards. 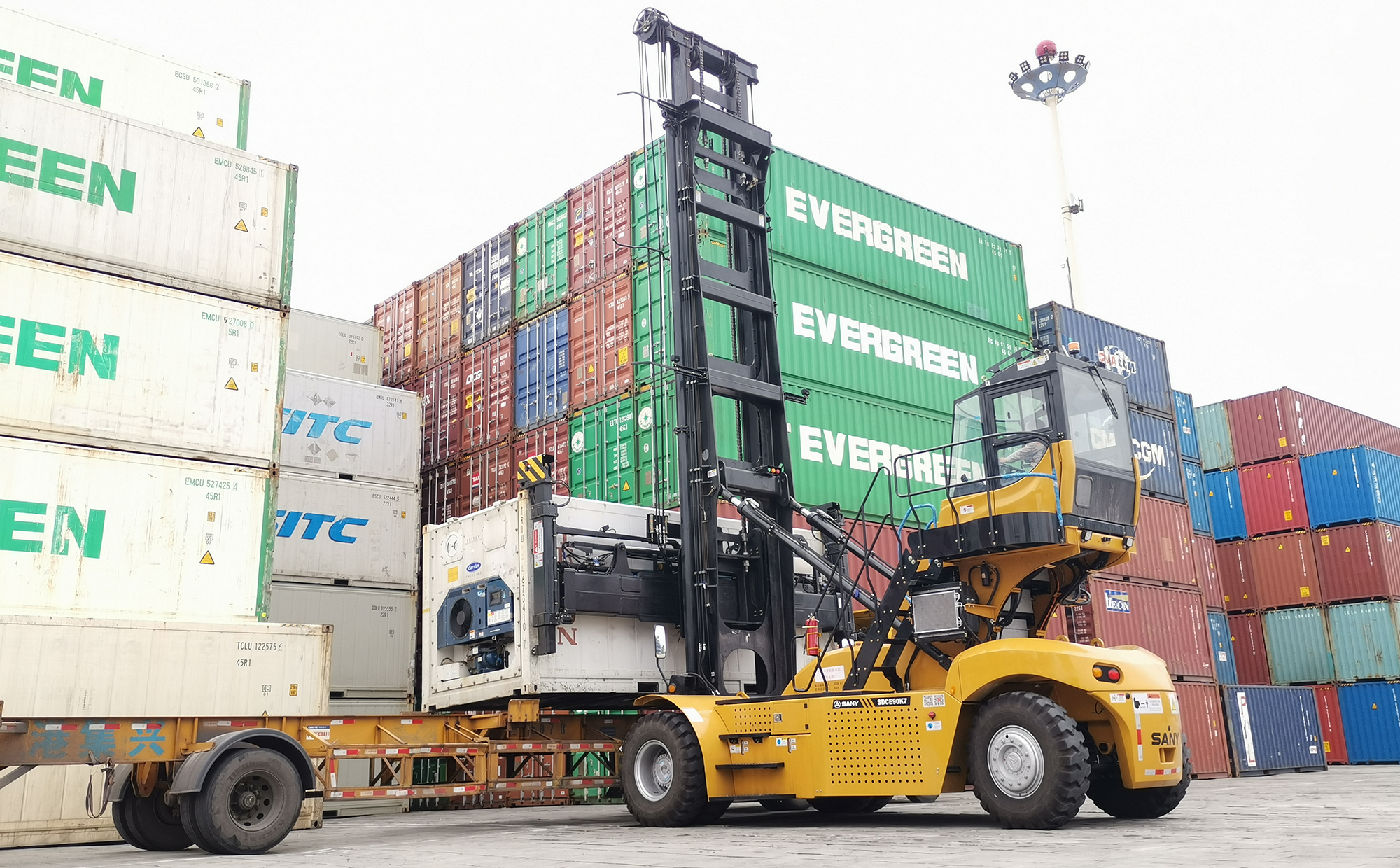 Now in its 26th year, the FLTA Awards for Excellence in UK recognises the achievements and breakthroughs in the industry over the past 12 months. It is the longest running industry awards of its kind in UK and is a highlight of the materials handling social calendar.

The Sany SCDE907K has been nominated in two FLTA award categories – Environment and Innovation.   The innovation category the same that was recognised by the FLTA with the Sany H9 energy recovery system being awarded a famous Archie statue in 2019. Whilst it is unclear when electrification was first introduced into forklifts, there is a consensus that it was sometime in the 1930s. It has taken this long for it to finally reach fully mobile, free ranging container handling. In respect of Environment, it is estimated energy consumption of the new electric empty handler will be 15% that of the diesel equivalent and will also yield a 20% noise reduction as well as just huge reduction in maintenance costs. These are not insignificant changes and it is because of such dramatic change that the FLTA have nominated the Sany SCDE90K7 for the Environment award.

The new Sany electric ECH, it is estimated, will return its extra investment costs within the first year of operation such is the small increase in cost and the savings achieved through battery recharging. It is estimated that the cost per container with the electric variant means it can handle is over 6 containers per every one moved with the diesel equivalent.

The FLTA award ceremony will take place on 21st March 2020 at the Hilton Metropole at the NEC Birmingham.