With the intention of promoting the advantageous geographic location of the island among Africa, America and Europe.

Visit Ports of Tenerife in hall 6 stand B50 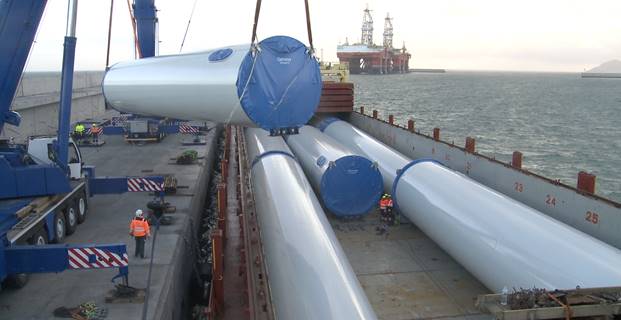 With the intention of promoting the advantageous geographic location of the island among Africa, America and Europe, as well as the services and infrastructure made available for shippers and, above all, the important logistic savings resulting from the use of the Santa Cruz de Tenerife province’s ports, with special emphasis on the recent launch of the new port infrastructure at Granadilla, in the southern part of the island.

The tax advantages offered in the territory deserve a special mention, either the ones given to companies which join the Canary Island Special Zone (ZEC) or the ones derived from operating at the port’s duty-free zone. The tax exemptions and benefits that both entities offer create a substantial reduction of costs in certain logistic and industrial activities, such as the transport or storage of components which are large, heavy or have a significant value, or those who are of vital importance to the projects.

Nowadays, renewable energies are in the spotlight of the majority of logistic operators. The boom and projected increase in growth of alternative energy supply systems have led to the development of a new maritime and port business, mainly due to the distance usually present between the places of assembly of the system components of these types of energy use and their final location. In that regard, ports are facing the need of making changes in the way of using their spaces by dedicating large, specialized areas to the handling of the components and pieces which are used in this sector.

The recent launch of the Port of Granadilla, in Tenerife, has placed it as a privileged logistic place for the performance of renewable energies-related activities, as well as the reparation of offshore ships which, in turn, demand large spaces for the loading, unloading and handling of large pieces.

Only in 2018, the Port Authority processed the unloading and storage in port areas of 50 windmills, turning this port into the ideal logistic area, and the most important one in the Canary Islands, for the unloading, handling and storing of windmills.
Back
Organised By