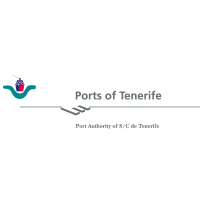 Brands: Ports of Spain
PORT OF TENERIFE, A EUROPEAN PORT IN WEST AFRICA

6 ports in the Atlantic belong to PORTS OF TENERIFE. One of them, Port of Santa Cruz de Tenerife, receives most of the maritime traffic arriving in the province: cruises, containers, bulk traffic and offshore vessels, since Tenerife is considered the center of oil and gas projects in the area and the ideal hub for the transhipment of containers due to its low rates and strategic geographical situation.

Today, a new port, the sixth, is partially operational and is where most of the project cargo operations take place. The port, located near a large industrial area and the Tenerife Southern Airport, will soon be fully ready.

The ports of Tenerife have more than 60 hectares available for industrial and logistic activities, which can take advantage of the tax exemptions provided by both; the  FREE TRADE ZONE and the CANARY ISLANDS SPECIAL ZONE, which offers a 4% corporation tax. These fiscal benefits are unique in Europe.