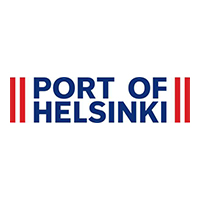 The Port of Helsinki is the largest general port in Finland specializing in truck, trailer and container traffic as well as passenger traffic. The Port of Helsinki offers Finland´s best connections together with a perfect balance between imports and exports. Every week there are 150 departures to nearly 30 major European ports. Helsinki’s cargo harbour in Vuosaari has several logistics service providers offering highly competitive services, also for transit cargos. Since the year 2017 the services of the Port of Loviisa have been complementing the Port of Helsinki’s service provision, especially for general cargo and dry bulk transportation.