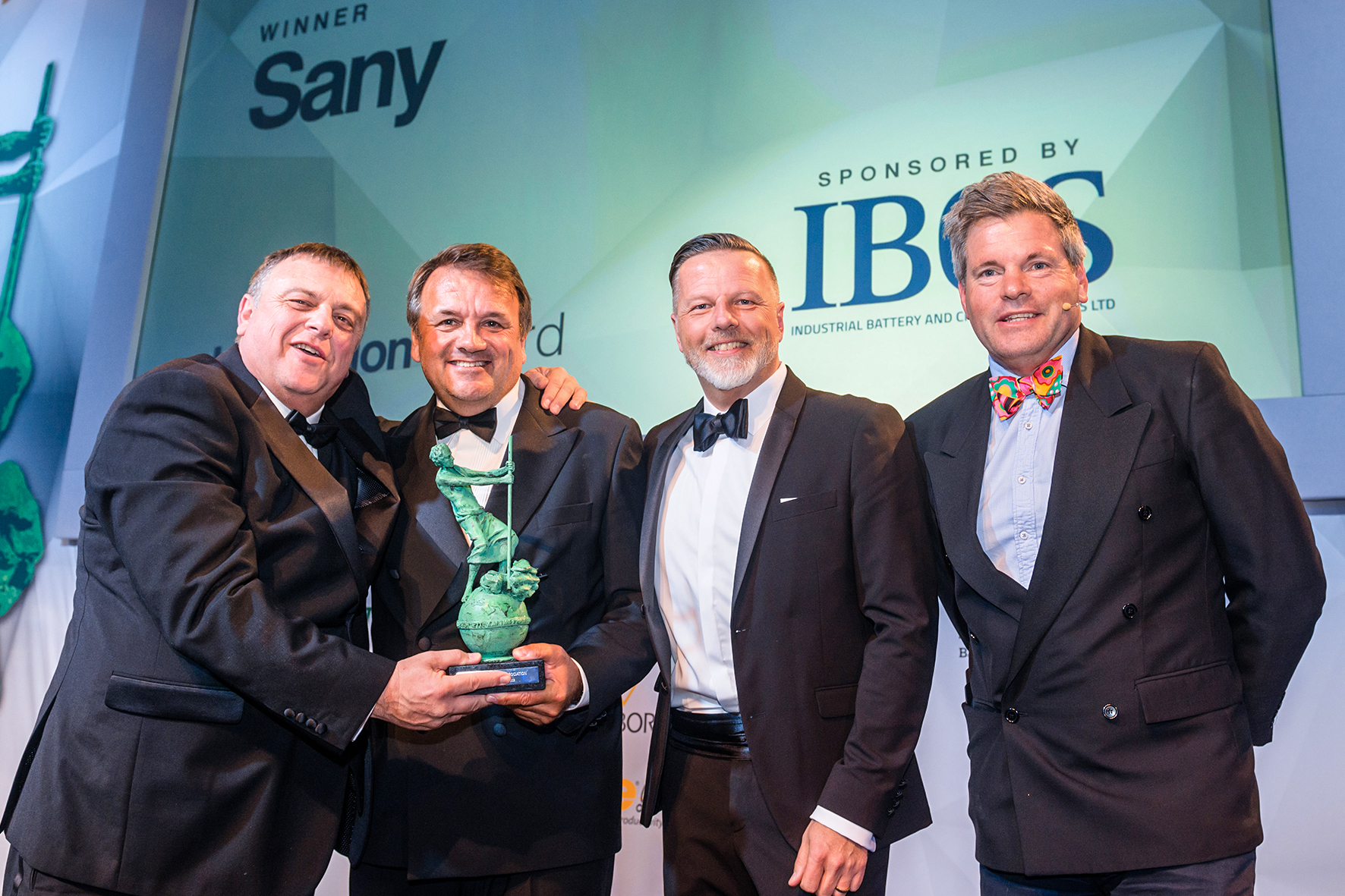 On 30thApril the annual FLTA (Fork Lift Truck Association) Awards were held in Telford, UK. The jury said: “The Jury was impressed by how the SANY captures and stores energy into its nitrogen-charged accumulators, which also act as auxiliary lifts, saving fuel and allowing for a smaller diameter boom for better visibility”.

Here is your chance to see the machine for the first time during Bauma, 8thApril to 14thApril at Stand FN.620/9.

This Reach Stacker of capacity 45t/31t/15t in 1st/2nd/3rdrow achieves the 15% cost saving by more containers handled per hour and by fuel efficiency technology. An energy recovery system of nitrogen-accumulators support the boom lifting, which speeds up boom cycling at less engine power demand.

A new type of top-lift spreader decreased the weight by 1 ton, which allows slimming of counter ballast on the rear of the Reach Stacker. Along with other weight saving, the total service weight of the machine reduced by 3 tons, which allows a faster acceleration at better fuel efficiency. The new 6.8-ton light spreader survived on the factory test stand already 20,000 hours simulated 45t-container handling without any fatigue.

Further, the H9 package includes additional efficiency gains inside the transmission and other functional areas. All these sums up in 15% cost saving per container.

SANY has since 2006 produced over 4000 reach stackers, making them the largest manufacturer of reach stackers in the last 13 years globally.

With this experience, in-house development and production of steel works (chassis, boom, mast) and an own spreader production, SANY has gained valuable experience that have made it possible to offer the extended warranty. 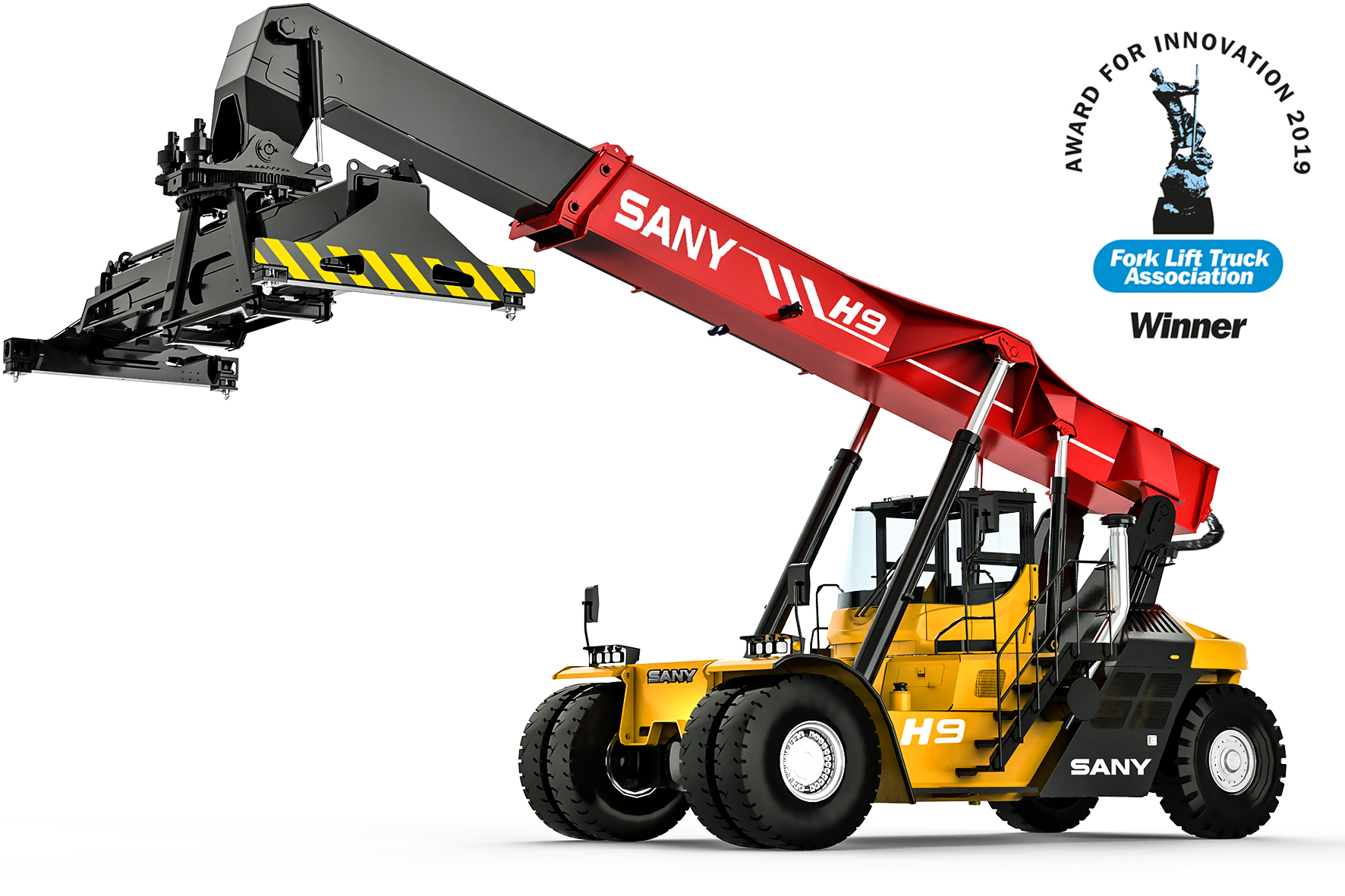