Renewable energy in Europe & what it means for project cargo

Renewable energy in Europe, as in the Americas and the Middle East, is powering high demand for continent-wide project cargo services.

The EU alone has set some major clean energy targets for the future. Wind is at the forefront of European renewable development, which means good news for heavy lift and breakbulk companies in and around Europe.

By 2020, the European Union has the goal of sourcing 20% of all energy consumed in the bloc coming from sustainable means. It hopes to expand that a further 12% by 2030.

There is big renewable energy investment across the continent, with wind power is leading the way.

As of 2019, though, the UK is spearheading European wind investment. In the year’s first half, Britain installed 931 MW of offshore capacity. It also has significant projects underway. Hornsea-1, a 1.2 GW wind farm being built off the North-East coast, will be the largest of its kind in the world once completed. Ørsted is currently installing over 100 Siemens Gamesa turbines at the project site.

In fact, recent research from the UK’s University of Sussex suggests that Europe by itself has the power to meet the globe’s entire energy demands. The study revealed that, if Europe meets its potential onshore wind farm capacity, it could power 52.5 Terawatts of power.

So, we know there is already enormous potential here, but what kind of renewables activity is happening throughout Europe? 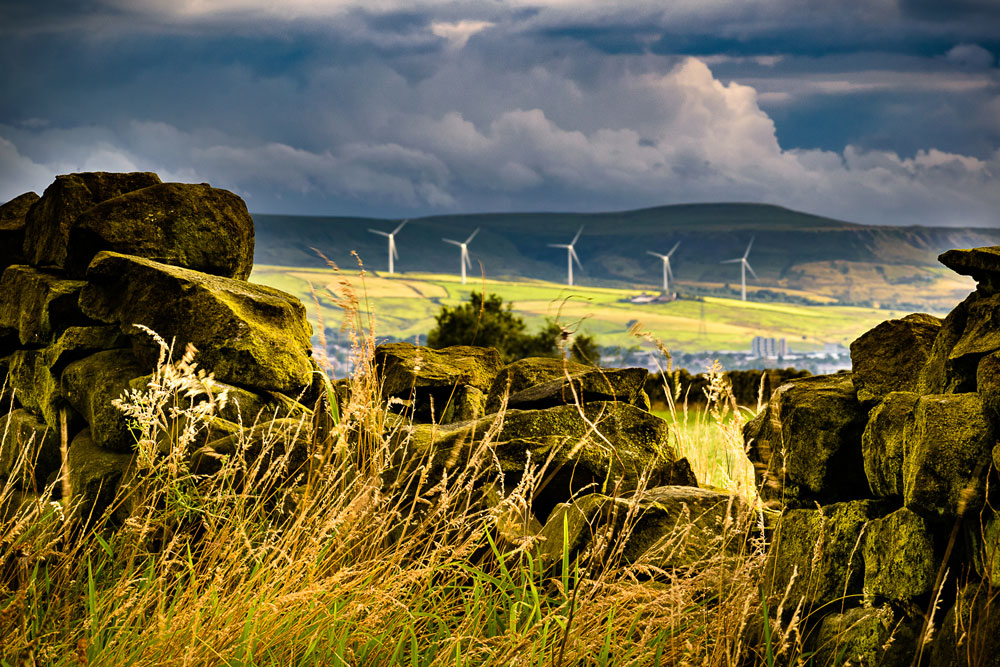 On and offshore windfarms hold the key to Europe’s energy kingdom. In just 2018 alone, over €30bn was spent on installation of new wind projects throughout Europe. This massive sum is only set to be eclipsed in the future, especially if we look at upcoming projects.

Let’s start with the big one. As mentioned earlier, Hornsea-1 boasts 1.2 GW power generation capacity. As of June 2019, Hornsea was about halfway complete, thanks in small part due to heavy lift activity by Fred. Olsen Windcarrier. The carrier has been using its dedicated wind turbine blade and geoerator carrying jack up vessel to ship these massive components from the Port of Hull to the site 120km off the North England coast.

87 of Hornsea’s 174 Siemens Gamesa turbines have been moved and installed at Hornsea thus far. Another 87 are awaiting installation. Hornsea, which has already started power generation, will be fully commissioned in the first quarter of 2020.

Hornsea is set to be a hotbed of wind activity. A second farm is set to enter operation in 2022, while Orsted’s planned Hornsea-3 project holds 2.4 GW capacity. If completed, this would become the world’s largest windfarm – roughly twice the size of Hornsea-1.

Indeed, offshore is seeing large chunks of investment, and significant spending, in the wind sector. Spending on the top ten largest windfarms clocks in at over €10bn, incorporating Dutch, British and German-based projects in the North and Baltic Seas.

But what about onshore? In the first half of 2019, total onshore instalment was greater than offshore, click in at 2.9 GW of capacity. Indeed, investment for future onshore projects during the same period was around €6.4bn.

How wind is already increasing project cargo activity in Europe

By looking at the Breakbulk Europe news section, we can already see the influence of renewables on securing cargo carrying contracts for specialist transporters.

For instance, Collet & Sons has been moving turbine blades for the initial construction phase of the Clocaenog Forest onshore facility in North Wales. As well as the blades, Collet & Sons is delivery towers and nacelles, as well as handling all heavy lift, port handling and transportation operations.

Of course, despite project sites being located in Europe, delivery of key components is a global concern. Import/export processes are just as important as end-to-end delivery. For instance, Protranser International Logistics has been busy delivering 12 36-piece turbine blade loads to European ports from a factory in Northern China.

And even in markets dominated by oil & gas development, renewable projects are helping to create increased cargo demand. Just look at Russia. A nation reliant on hydrocarbons for its ongoing prosperity is turning towards greener energy to power itself – and this is proving good news for continental transporters.

Barrus Projects is certainly reaping the benefit of increased Russian onshore wind activity. The carrier has been delivering nacelles for two Russian windfarms, Kamensko-Karsnosulinskaya and Gukovo, in the Rostov region. This included utilisation of a ferry for river transport when delivering nacelles from the factory to both project sites.

As we can see, renewable energy is proving a bountiful  stream of contracts for Europe-based and international transporters.